Sorting Algorithm Stability - What it is and When it Matters

An example in real life: There is a line of people that need to be ordered by age. If there are two people with the same age standing in line, the sorter would be using a stable approach if there is a guarantee that their order in line relative to each remains the same.

When does stability matter?

Sorting stability is interesting by itself, but when do we care about it? We care in a situation when we require the output to have the guarantee of preserving order for duplicate keys.

Let’s see another example and dissect it. Let’s say we have an array of data, where each element has two fields: Name and State. Here is a visual respresentation of the data: 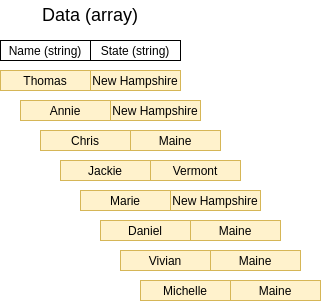 This data will be sorted twice so that the requirements can be met:

The output from sorting by Name is: 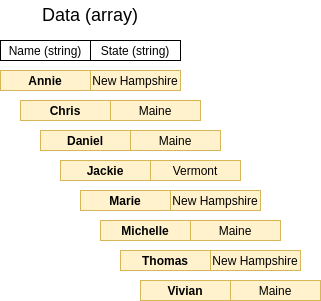 The second sort by State is where it can get interesting. If we were to try a heap sort by State, this is how we would setup our complete binary tree: 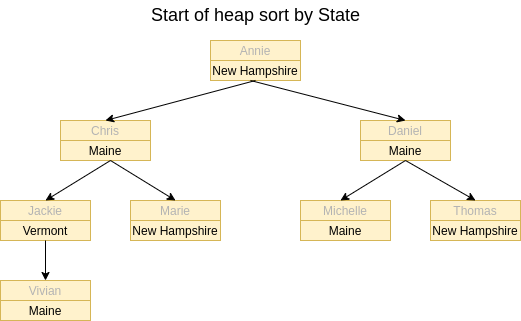 If we were to continue the heap sort by State, we would end up with an array sorted like: 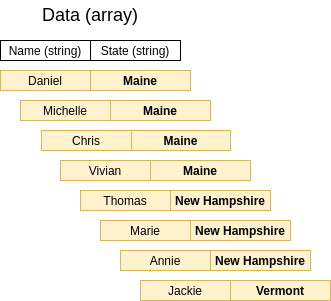 Yes, the array is sorted correctly by State, but let’s see how the elements themselves transitioned: 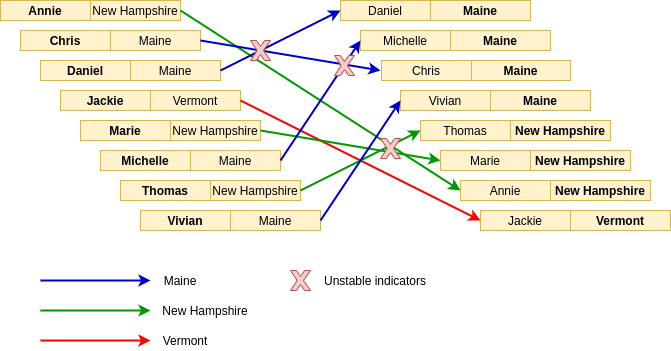 The fact that elements with the same sorting key (State) have overlapping sections to the destination array elements indicates that their order was not preserved, showing that this is a unstable sorting algorithmn.

If we were to look back at the requirements, the heap sort by State does not work: The output is sorted by State but it is no longer sorted also by Name within each State.

Let’s try doing a second sort (by State) with a naturally stable sorting algorithm: Merge sort. The output of the second sort if we were to use a merge sort (instead of a heap sort) would be: 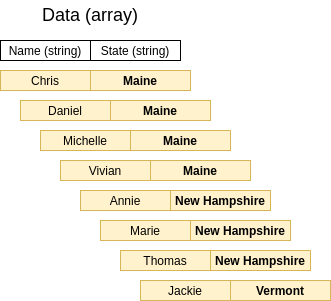 Of course, State is correctly sorted but now let’s see how the elments transitioned from being sorted by Name to a merge sort by State: 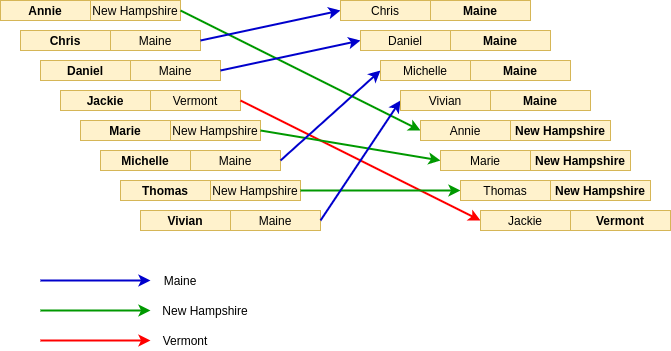 Now because we used a stable sorting algorithmn (merge sort) on State, we preserved the order of elements with the same State key value, giving us the desired output of a dataset that is sorted by state and then by name.

Sorting algorithmns are a large part of computing, and understanding the behaviors of different algorithms will help in determining the right one for your requirements.

Find the systemd Unit that Owns a Process

Why Feature Flags Are Great

The rhythm that we develop software is at a high velocity, and as a software engineer I really like to take a step back and think about what works really well, and what doesn’t work really well. In...

My memory is awful. In all aspects of life. But as a software engineer, I don’t rely on my memory. In fact, it’s the opposite. I rely on my lack of memory. We live in a world where there is too muc...

Emotionally Investing Yourself in Tools

As programmers and Information Technology professionals we are craftspeople. We require tools to accomplish our tasks. It’s common to invest ourselves heavily in these tools. In this blog post I wa...