Oftentimes when we are doing intensive computing in our software, we can run into performance bottlenecks. In this blog post, I talk about one strategy that can be used under certain situations. If you have a particular code path or function that is run multiple times and is deterministic, you could see varying degrees of optimization with memoization. This is the practice of storing process results in a cache so that they can be referenced and values used instead of running expensive and redundant computations again.

Let’s take an example. If you are trying to get all paths in increments one and two from zero to a set number, you could visualize it as a tree: 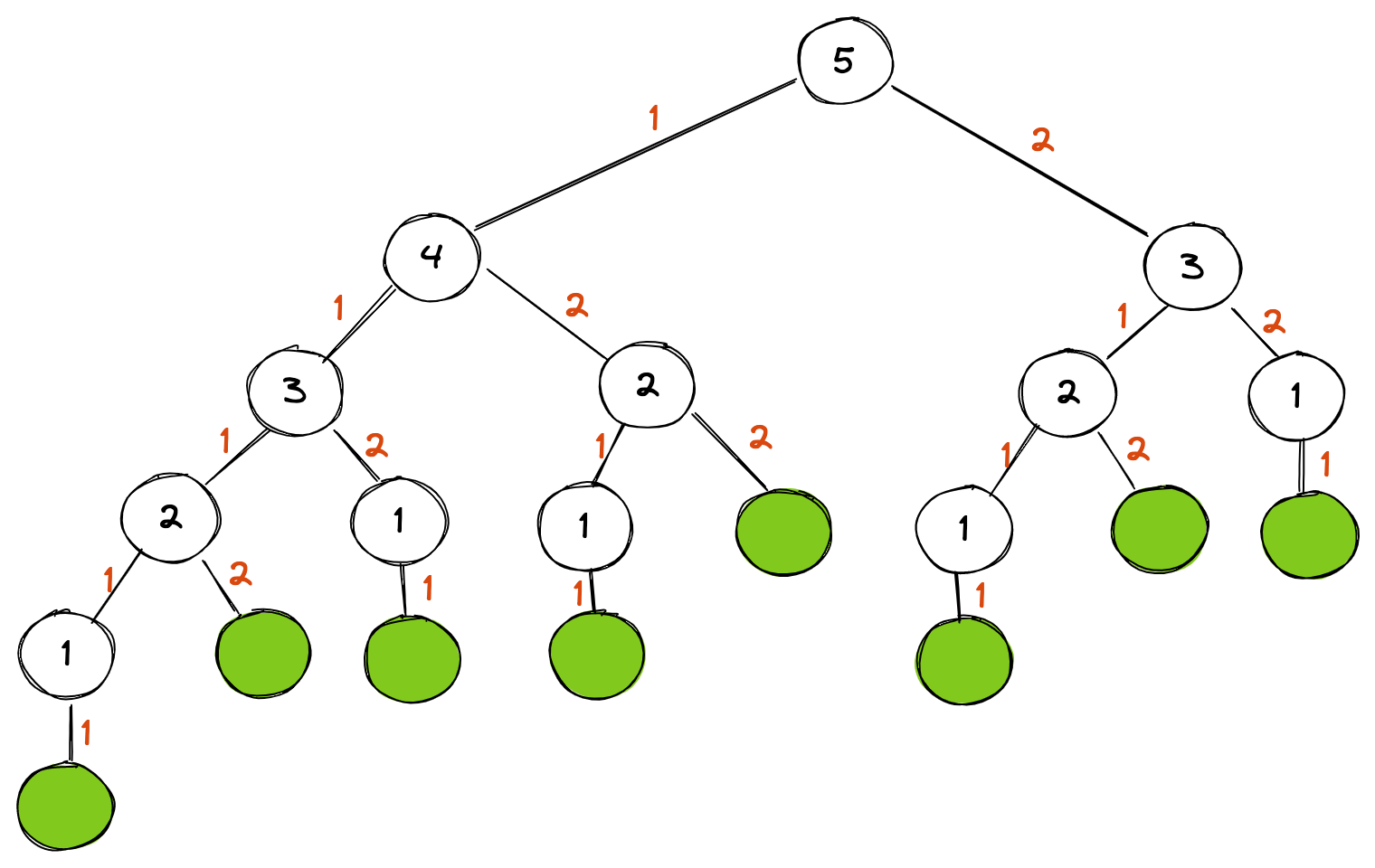 This diagram is a visual representation of all the combinations for the value 5. As you can see, there are eight paths:

One way to solve this with Go code is to use a recursive strategy:

For small values, like 5, this works just fine. But what happens when we get to larger values, like 50? Let’s run some benchmarks:

The results of the benchmark test are:

Whoa! With 30, we have 8.7 ms but that quickly gets out of control resulting in over 132 seconds when we passed in 50. This is where memoization can really help here. If you remember the previous visualization, you’ll see that some subtrees are redundant. In the example with 5, the subtree with 3 at the root is referred to twice: 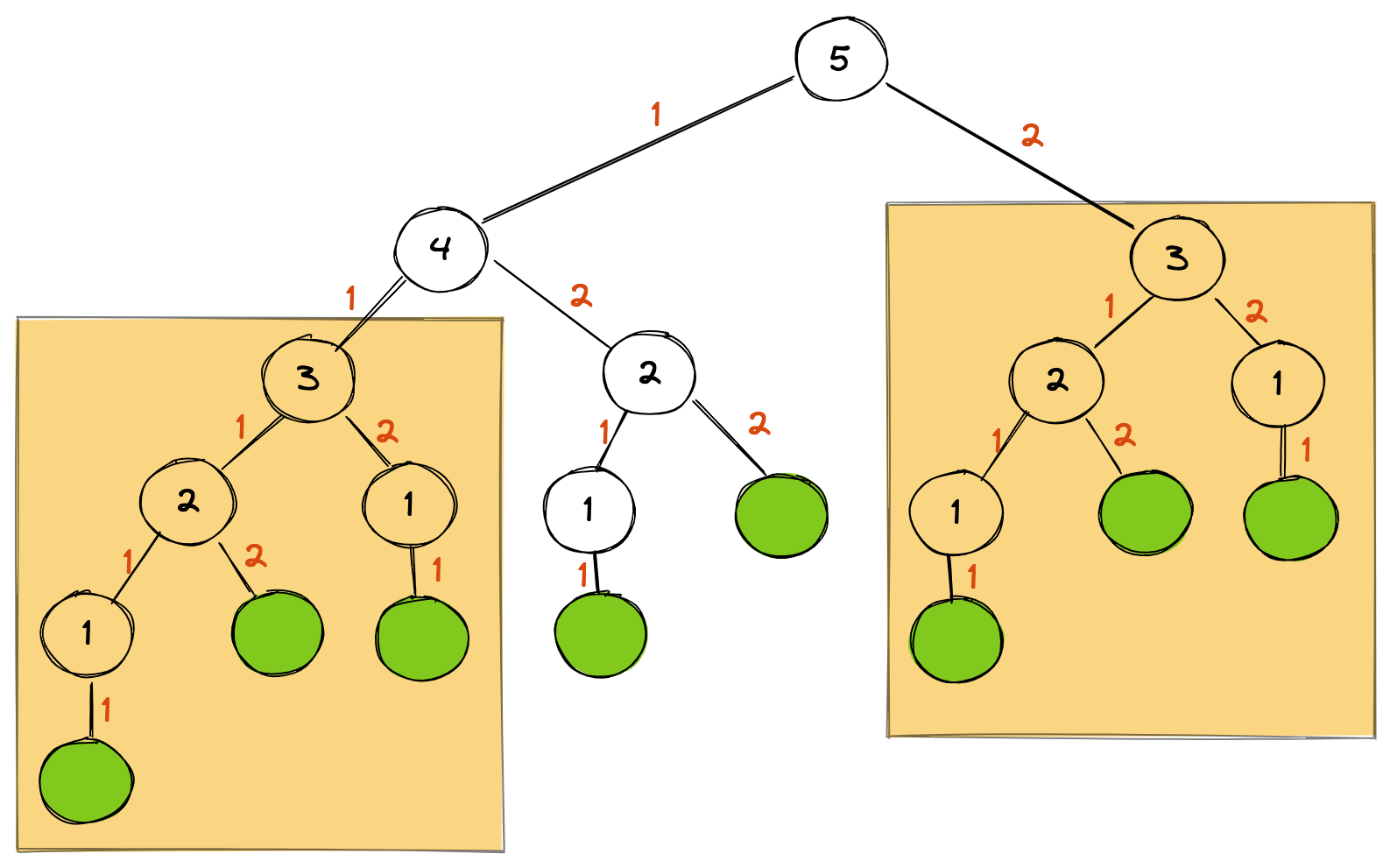 Instead of running the function for this tree again, we can cache the value the first time and then refer to this cached value in subsequenet calls. The cache implementation in Go is:

And running these benchmarks with the cache we see huge gains:

We brought the 50 run from a couple of minutes to sub-millisecond. You will notice that there is a cost, though. With the cache implementation, smaller amounts of iterations (like with 5) were actually longer-running than without the caching. With my implementation, it seems like the tipping point for the cache solution improvement is around 10. After that, the gains with memoization are increasingly large.

Hopefully this blog post has highlighted optimization with memoization!

My memory is awful. In all aspects of life. But as a software engineer, I don’t rely on my memory. In fact, it’s the opposite. I rely on my lack of memory. We live in a world where there is too muc...

Sorting Algorithm Stability - What it is and When it Matters

There are many sorting algorithms out there that are widely accepted: Insertion sort, quick sort, heap sort, merge sort, bucket sort… and so on and so forth. There are a lot of qualities of each so...

Emotionally Investing Yourself in Tools

As programmers and Information Technology professionals we are craftspeople. We require tools to accomplish our tasks. It’s common to invest ourselves heavily in these tools. In this blog post I wa...